Waise toh every Diwali is special but this one was special in other way. I was back from the hospital and on prescribed bed rest the whole day. Pune had an eternally long power cut that day (that means no DVDs...No movies). I was in no mood to read so the Khurafaati Khopdi that I am, planned to make some prank calls and surprise people whom I haven’t spoken to in ages.. Tried to sell credit cards, house loans, club memberships to most of the unsuspecting shikaars, posed as a psycho fan called all Kalakaar type old friends (to my delight none of them had my new no. and I was pretty successful in pester them all).

It was fun catching up with all the cartoonist friends with whom I started my cartooning career long back.…Diwali actually turned into a True Happy Diwali…Power cuts during bed rest aren’t that bad…are they?? 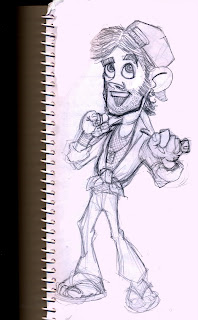 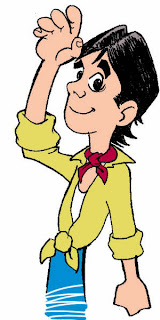 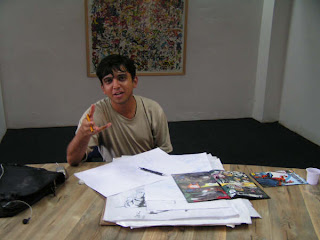 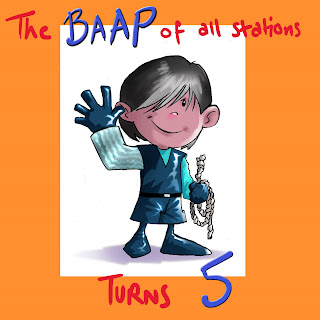 PS. Listening to Requiem For A Dream soundtrack, brilliant music…awesome tracks by Clint Mansell.. I was listening to a track called- Winter: The Beginning Of The End, and was shocked to discover that the track Confidence (which used to be one of my most favorite instrumental tracks) from Johnny Gaddar was copied...err.. I mean…plagiarized... I mean ‘inspired by’- Winter: The Beginning Of The End…

Posted by Toonfactory at 3:20 PM

I have always liked ur blog,,because i found ur blogs totally different from others..:-)

n my comments to your blog could be very minimum bec i hardly read blogs or surf tem..i hope ul not mind:)

I have always liked ur blog,,because i found ur blogs totally different from others..:-)

n my comments to your blog could be very minimum bec i hardly read blogs or surf tem..i hope ul not mind:)

i looooooooove ur cartoons...and esp coz being an absolute pathetic and drawing..its awesome to see some one doing it so well:-)
great work!!

you have a good sense of humor, and it translates well in your art of cartooning!

@ Think Tank - Thanks for the visit...no worries take ur time..

@ Santasizing - I am still struggling with my drawings...check out some of my friends' work (U can find the links there on the blog)and you'll understand what does it means to doing it so well... :)

MY god..! U know what.. i wrote this post on Yahoo Messenger's doodle sometime back.. now you are one partner I'd never like to have on the other side.. coz i can't even draw enough to save my life and look at you!!

hey those were sme awesome cartoons..hmm lot of hidden talent on blogosphere..keep it up buddy..i hope 2 see more of it soon..

hey nice cartoons!
I liked the examinations special one the most.

welcome back, dost. trust your health is wealthy again. you must be the the first blogger i know who got hospitalized because his blog popularity (measured in comments) dropped!! anyway, glad you recovered quickly.

zapped that in all these weeks of knowing you (oh is it years already??), i never asked to see your drawings. you draw better than i guessed. especially loved the "Baap" cartoon for 91.1FM. how do we get to see some more of your work?

A Benevolent Sultan for Life said...

I have tons to learn from you dude .

A Benevolent Sultan for Life said...

prank calls to friends? not a great idea. as if they are already not pestered by credit card calls.
But the cartoons are so cute...and funny.

@ Abhishek - Yup have seen the movie and loved it...the OST is awesome...do listen...and then see the movie again...you'll love it.

@ Arunima - Thanks a lot...for the visit and nice comment :) keep Visiting.

@ Vidooshak - Hehehe...looking at the comments and visitors count I am feeling all bhala changa now... ;) I used to have a photo blog where I uploaded my drawings/cartoons..hope its still active will fwd you the link.

@ Tyro - Thanks for the appreciation dude..

need i say i loved the cartoons!!

and looking forward to seeing you soon!! do take lotsa rest and get totally changa quick!

Anyways how are you feeling now ?

now this is dmn impressive
all ur cartoons are simply WOWsome :)

I totally love that Hum saath sath hain one!

how can i join comics studio? can u tell me?

i'm also freelancer, but i have not getting the way out, please show me the route?