I recently met an old friend from real old days (when I was a student and was trying to break into cartooning). We were chatting on various topics and slowly (and as I feared) his conversation started diverting towards my life.

The conversation went on till late night. I left from there thinking about Lucky- No Time For Love (which IMHO everybody should miss), Oye Lucky!Lucky Oye! (which I missed)…Luck By Chance (which I don’t want to miss) and yet to be released Luck...and many other things on my way back...Whatever I thought was complete nonsense so let's not talk about it...

It’s Christmas Time…and I think my new post should have a Happy Ending Feel Good Story for all of you.
(Hope you gonna enjoy the story of a cartoonist who desperately wanted to get into Radio.)
So..here is the story-


There was a cartoonist with lots of dreams. Some of the dreams looked almost impossible to realize, but he was too stubborn to accept it. One such dream was to enter the world of Radio. He dreamed to become an RJ (which actually remained unachieved for many reasons, we’ll talk about them later). 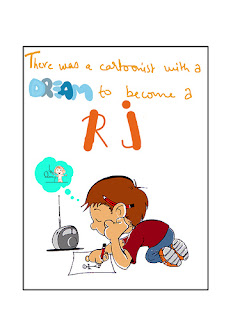 Well like every aspiring Radio Professional, he sent a mail to the only Radio Station in the city and to his surprise, the very next day he got a mail which asked him to appear for an audition that very day. 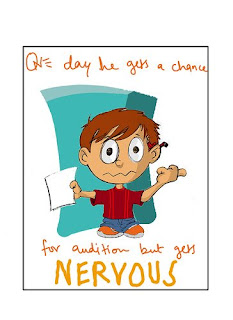 The unprepared, inexperienced cartoonist appeared in the audition and for a guy who had never seen a Radio Station or a Studio ever in his life; it was easy to get confused and nervous.
The nervous Cartoonist auditioned. His performance was really bad. (Good thing was he himself knew that he had just messed up this wonderful opportunity to realize his longtime dream). 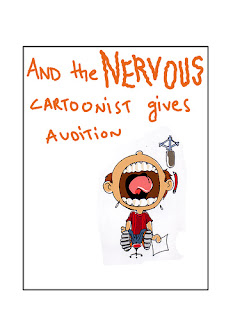 The results of the auditions were not shocking at all. The info which actually shocked him was- He won’t be able to appear in any audition for next 6 months. 6 months is a longtime but if one has decided to practice and overcome one’s limitations, it is actually a very little time. He marked a red circle on the day this six months period was going to get over. 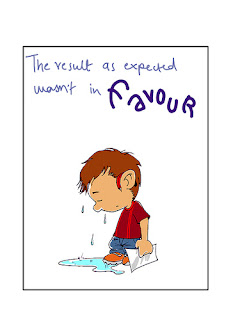 The cartoonist worked on his voice, script writing skills, researched on the fundamentals and formats of Radio Programming and Packaging. He practiced day and night and one fine morning he woke up to see that Red Circle on the calendar. 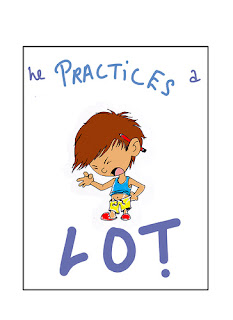 Six Months were over, but the problem was the changed Radio Programming Policies, Jock Talks were going to be in 100% English with a bit of Kannada words here and there…

Still adamant to give it another shot, he sat down to write a letter to the Programming Director of the channel. 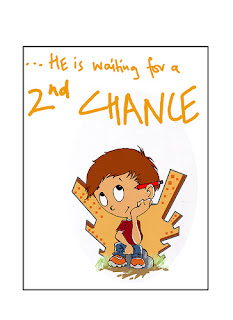 Writing was a bit difficult; instead he felt he could draw something that would convey his message to them. And the cartoonist spent the whole day sketching something.

Next day the PD had a mail in her inbox : 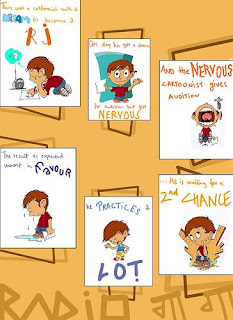 She smiled and replied to the Cartoonist, telling him that she actually liked his application but sadly they don’t need a Hindi Speaking RJ now, but they might need some producers, will he be interested in joining them as a Producer?

The management still wasn’t in favor of hiring an outsider (a guy who doesn’t belongs to the city and hence won’t be able to understand its ‘sensibilities’) as a Producer. The cartoonist was offered the job of a Production Coordinator.

Something is better than nothing; he thought and entered the world of Radio as a Production Coordinator (whatever that meant).

Within three months of joining he got his first promotion and became not only a Producer but many other new responsibilities also were assigned to him (well…some of the responsibilities were the ones which nobody else wanted to accept, but that’s a different story).
Most of these experiences not only taught him lots of new things about packaging and producing Radio Shows but also helped him in learning how the world operates. And those experiences are still helping him in his life.

Was the Cartoonist lucky??

I really would like to know what’s your opinion on this? 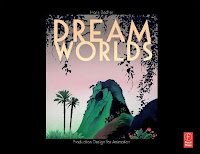 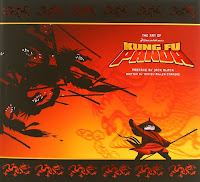 The Art Of Kung Fu Panda by Tracey Miller - Zarneke

I think the cartoonist was hard-working and determined...I am not sure if luck played any part there.

Wish you a merry christmas too.

Well, I can't see any producer not granting an audition to someone who sends her such cute drawings and such a powerful story. Hard work, yes. Luck, what to say? Lucky to be talented, I guess. Happiness and peace in this holiday season and the New Year to come.

there cud b no better post to start with :)
m visitng ur blog for the first tym n all the things i gotta know in one go..
n must say.. u r versatile n hell talented
:D
well i guess the protogonist of the story had been lucky :)
producer is good as well :)

The cartoonist is really lucky n should be proud that he got more then what he deserved :)

Cartoonist is fortunate that he is still connected and working in his field of interest although not as a RJ in a different position as a Producer.and someties when RJ is sick or on leave this guy can fulfill his dream after all producer hai bhai koi choti cheez nahi.:)
Merry Christmas !!!

a lovely post..
yes yaar was blank for few days..bt have come up wid a new post..
wishing u a very happy n merry christmas..njoi!!tc

This is the third time i read ur post..and the last two times everytime i would want to comment,the elctricity failure would stop me:(
amazing post...
i loved d cartoons:)..they are awfully adorable:)..
and as for being lucky...yes u are...and u shud be really thanksful for that:D
Oye lucky lucky oye:)
merrrry wala belated christmas wishes:)

woah mast hai.... wish i had that kinda luck.. wish i could find my calling somewhere else...

Good luck, pal. Believe it or not, I envy you... so I guess, yeah, you have been lucky. But you also work hard at being lucky, so I guess you deserve it.