Confessions of an Online Shopper

Lets get one thing very clear - I don’t like to leave the comfort of my work desk. I hate going to shopping malls and stores until and unless its a matter of life & death or something as irresistible as the annual Landmark Sale or The Strand Book Sale.

Reason#1 – I dislike going through shelves after shelves looking for the title I want to buy (because while doing so I always end up buying a lot of titles/things, I was actually not looking for).
Reason#2 – Crowd… I always stay away from it.
Sadly I had to put through this nonsense (read Physical stores) till the mid 2000s, thanks to the super expensive shipping costs levied by websites like Amazon (I still ended up ordering some DVDs from amazon every now and then) or real bad online Indian shopping services like – Rediff (they once sent me a crushed mp3 player in 2004 and never bothered to replace or apologize for it).

Things changed with the advent of Flipkart.com, and I just loved it. Now I could order any book as and when it was released. Discounted price and service as good as any international online shopping website - Flipkart became my favorite-st online shopping joint (I didn't visit Landmark Store for almost 6 months after discovering Flipkart). The best thing about them was – They had an amazing – amazing collection of Graphic Novels, something that we all used to crave for. Today as proudly I flaunt my library these days, I also look at the hole in my pocket and blame Flipkart for it. Their service is still impeccable and at times I feel they’ve got aliens working for them ALA the post office sequence in MIB II. I mean how can you explain a neatly packed book (with a bookmark inside) reaching you within less than 24 hours of ordering.
Flipkart is like one of those super tidy girls in your class, who were always prompt with their projects and assignments and just too good to spoiling all the fun for an average joe like you (in this case for all the other online stores) by being Ohh-So-Perfect…. PFFFBBBT!!Huh!
Thanks for spoiling us with your brilliant service Flipkart, this made other online sellers had to pull up their socks. BRAVO!

But when there is competition this tough, other players also have some superb tricks up their sleeves. The next player in the game was Infibeam.com. In the days when Flipkart was just selling books, we could order DVDs and other Merchandise from infibeam. Also the books were/are available here at better discounts as compared to Flipkart, most of the times. Once, I was overcharged (Almost 50% more as compared to its price on Infibeam) for an ‘Art Of’ book on Flipkart. One phone call (comparing their price with infibeam) later, the good people at Flipkart credited my Flipkart account with the difference. Now I check and compare the prices before I order anything from Flipkart. Though their service is good, but it comes at a price that’s most of the times higher than Infibeam. Second reason to chose infibeam is – Their great collection of out of print books. Most of the time you can get these books from the resellers at a much cheaper price on infibeam – I have ordered C.C.Tsai’s Sunzi Speaks (that has been out of print since 1994) and many other rare to find titles from Infibeam and have got some brilliant discounts on all of them.

Next website, that I tried was Indiaplaza.in, and that was just because they were selling Sandman TPBs for almost 50% off the market price. The service was decent till I got a few books in such a mutilated condition that even my friendly neighborhood raddiwallah will think twice before showing them to me. Anyway, a few phone calls later Indiaplaza replaced the books, but that was it. I recently ordered one more book from them (just to use the discount coupon I had), and their service this time was decent enough to give them another shot. Have ordered one more book (that’s unavailable everywhere else), lets see how they perform this time.

While Flipkart and Infibeam have become my one stop destination for ordering books, DVDs etc. Landmark’s online portal Landmarkonthenet.com has also been one of the best sites for online shopping. Its just that most of the time discounts here are almost nonexistent as long as they are not having some Superb Online Sale going on. Their Graphic Novel Sale was really out of the world, where else can you get absolute editions at 65% off?. Great service, wish the prices were a little competitive, but definitely worth giving a shot.

Now, lets come to the most interesting website of them all – shopyourworld.com. It was as good as having an amazon.com in India, you can order anything from amazon.com using this website and the prices were always reasonable. I have been ordering action figures and other collectibles from amazon, using shopyourworld gateway, for more than two years now. Even though they constantly miss their delivery deadlines, the products always reached me in pristine condition, and I owe a big chunk of my action figure collection and international DVDs to this website. Then there was a hiccup. I had ordered a Tintin figure (The movie merchandise, not Herge’s Tintin) on 20th December 2011, and when it didn’t arrive after almost a month, I decided to get in touch with them. I was shocked to see not only I was unable to get in touch with their customer care execs. but the company had already deleted their twitter account and their facebook page – It was alarming. Online forums were filled with hundreds of complains from the paranoid customers, calling the site a scam and how they had been duped. I was pretty scared too, it was my hard earned money and despite trying to get in touch with SYW I wasn’t able to speak with anyone who could assure me. The phone no. provided on the website would keep playing the IVR saying – All our customer care executives are busy… in loop for several minutes but will never connect you to the exec. I ended up shooting a worried mail to them and one fine day (almost a week after sending the mail), I got an apologetic call from the website stating some logistical problems that they were facing with a promise to fulfill my order by March 13th they also offered me a small discount token on my next purchase. Though the forums are still buzzing with complains, not only Shop Your World fulfilled their promise by sending me the courier before 13th of March but I also got a call from one of their developers Rahil Shah this morning reaffirming that their site is back on track. 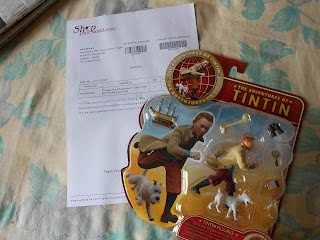 Though I feel, they shouldn’t have avoided the confrontation with the customers by deleting their FB/Twitter accounts, this harms a company’s reputation beyond repair, but as long as they are willing to serve us better I don't mind giving them a second chance. just ordered this one from SYW - 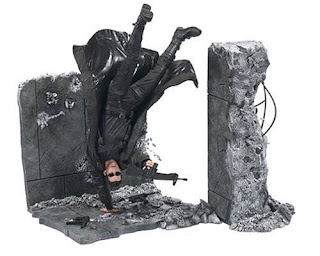 Another new entry in this field is junglee.com powered by amazon.com. Though we all were really excited to have amazon entering Indian market, the junglee.com initiative is as good as ordering stuff from amazon, because you still have to pay the exorbitant shipping and duties on your orders, haven’t tried them because of the same reason.
Posted by Toonfactory at 9:09 PM

I truly appreciate you taking the time to share this informative post, I'll definitely be back for more! Thank you!

A post befitting you, after a long time! Such a great comparison, review, and tips on (and of) online shopping sites. It was perfect.

Now relax and wait for some journalist to dhaapo this for their Sunday magazine article... :-)

I tried with http://www.kewl.in for buying iphone cases for my iphone 4s, there is no much options in site but to easy to buy

Online Shopping store, brings to you the latest collection of apparels, footwear, accessories, etc. that is stylish, trendy and reliable......

You must unlearn what you have learned - YODA

online shopping is the best way to buy any products. i have buy my galaxy s3 from flipkart and i am happy from their service. i have also buy a pen spy camera from www.spy-delhi.com . they deliver product next day

Online Shopping is new trends for new generation people. who love shopping by online because you buy products easily without extra efforts.

Online Shopping is the best way to shop online any products very cheap price I have also purchase mobile phone, am fully satisfied.

Online shopping is a best to buy products without go to a shop and you can buy any product after see on internet.

hi friends, thanks for the good information for online shopping, i think online shopping is the good way to bought any products i have purchase spy camera for online it's very cheap price and good customer support, i am full satisfied.

You might be eligible for a complimentary $1,000 Amazon Gift Card.

Its a very good write-up. Wisnant Online Shopping is a new e-commerce platform that connects the sellers to buyers worldwide. Poeple will find it useful. Thanks and regards.

If you need your ex-girlfriend or ex-boyfriend to come crawling back to you on their knees (even if they're dating somebody else now) you gotta watch this video
right away...

(VIDEO) Win your ex back with TEXT messages?

Shopping online is what one can do anywhere and anytime. While buying watches online, just checkout the reviews and ratings of website, and then decide whether to buy or that.

Get professional trading signals sent to your cell phone every day.

Start following our trades NOW and earn up to 270% a day.

Imported Products at Online Wide Variety of products at Indian Market with Cheap and Best Price. Shop from USA to India.

According to Stanford Medical, It is indeed the one and ONLY reason this country's women get to live 10 years more and weigh 42 lbs less than us.

(And actually, it really has NOTHING to do with genetics or some secret-exercise and absolutely EVERYTHING to "how" they are eating.)

does infibeam still exist, i rememember infibeam and one AHMEDABAD based ecom went out of market. i really wish good competiton for ECOM sector